This article appeared in the Sydney Morning Herald and other Fairfax papers today – across Australia and NZ on June 25. 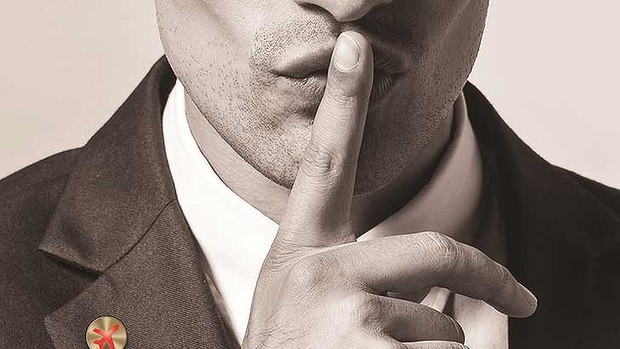 Ever wondered what celebrities get up to when they travel first class? They tell all to the steward when they’re slightly tipsy and flying high.

Want to know what really goes on in first class on an aeroplane? A new tell-all book takes us behind the scenes into the high high flying world of business and first. 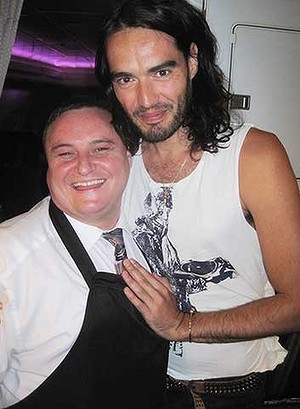 He’s gay, part Aboriginal and a former Qantas steward. Now he’s spilling the beans on what goes on in first class.

Flying around the globe non-stop to exotic destinations, swanning about in five-star hotels, lazing around fancy hotel pools and even tabletop dancing with “identities”: flight attendants appear to have an enviable lifestyle.

A new book lifts the lid on what really goes down. In Confessions of a Qantas Flight Attendant – True Tales and Gossip from the Galley, Owen Beddall dishes the first-class dirt, revealing all about the glamorous world of flying.

Co-written with ghost writer Libby Harkness, his book is a riot, covering: What really goes on behind “that” curtain, the gay culture in flight space, “It’s one of the only jobs in the world that’s completely ‘gay friendly’; and details of what cabin crews get up to when in far flung exotic places.

There’s the obligatory sex, drugs and rock and roll, but the juiciest bits in the book concern celebrity penchants for unloading all to friendly flight attendants on long international flights: Katy Perry, Lily Allen, Kylie Minogue, Cate Blanchett and various sports stars are all in the galley having a gossip with Owen.

Born to an Aboriginal father and Welsh mother, Beddall was adopted out at birth.  He worked for the ‘flying kangaroo’ for 12 years as a first-class flight attendant travelling to more than 40 countries on six continents and says he was with Qantas “in its heyday”.

In a way, the book charts the fall from grace of Qantas as much as the ups and downs of Beddall’s own life.

After suffering a workplace injury, breaking his back in three places falling down the galley stairs (an injury he is still recovering from) Owen retired from Qantas in 2013. “I was with the company in the good times,” he says, “but over that time they’ve cut 50 destinations from their route, which is a sign things aren’t too good.”

Beddall recounts inviting celebrities such as Lily Allen from business up to the first class galley for a drink and some girl-gay goss, loading them up with first class goodies like La Prairie cream and Dom Perignon (Allen later tweeted and told this to London’s Metro).

He spilt wine over Kylie Minogue, who just laughed, while he couldn’t understand a word her gorgeous (then) boyfriend (Andrés Velencoso, the Spanish model) said.

Katy Perry and Russell brand were on his flight before it became public knowledge they were a couple. While Russell slept, Katy bared her soul, offloading her worries to him and advising him on business.

“I joked with her,  ‘You made $50 million ‘cos you said you kissed a girl. I kissed a girl and didn’t like it and now, here I am, making your breakfast’. She laughed uncontrollably.” 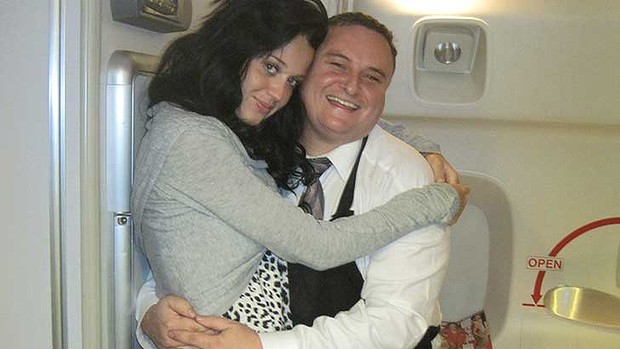 Russell Brand was completely different to his stage persona and incredibly intelligent, says Beddall. “He took me completely by surprise. He’s a true intellectual – like Stephen Fry – really spiritual, a vegan and he completely gets the whole joke of celebrity.

Whereas “Our Kylie” is just so warm and kind, “Our Cate” was another surprise. “There she was, Hollywood royalty, who wears Givenchy gowns, but in fact she’s a real Labour-voting down to earth person.”

On one flight, one of the Gallagher brothers from the British band Oasis offered flight attendants a thousand pounds a piece to turn a blind eye to them smoking in the toilets. “What should I do? “ one of the attendants asked Owen, his senior. “Just get the money up front,” he replied, jokingly.

Beddall also recalls the time an Olympic swimming champion went off his head on sleeping pills. After a bad reaction to too many Stilnox he attempted to head to first from business and even to pee inside the plane. “Restraining him was like attempting to hold down a racehorse”.

“I couldn’t believe the wealthy women who fly first class who’ve paid $20,000 for a first class ticket, but who steal the cutlery and the amenities, says Beddall. “If they’ve paid that much, all they have to do is bloody well ask.”

Beddall also says he was bribed by female flight attendants who wanted to work on the upper deck, which services the “cockpit” (they were known as TCMs or tech crew molls) and reveals where crews like to stopover so they can fill their little black bags with all kinds and colours of pills – downers such as sleeping tablets and uppers to help them wake up.

“Darling how do you think we stay awake on those redeyes?” he quips.

But it’s not all beer and skittle for flight attendants. His many mishaps, include breaking his jaw in London, being bitten by a snake in Bangkok, and breaking his spine after “that” fall in the workplace.

Beddall’s most horrendous flight however, the one he calls his ”nightmare flight” didn’t star anyone well known, just his cheating, lying boyfriend.

He was surprised when long- term Hong Kong-based boyfriend Toby, walked onboard with his wife!

Beddall was on call out duty (allocated a standby flight not on his schedule) much to the surprise of both men.

Shocked and in disbelief, he gushed, “Welcome on board Mrs Thomas, Toby’s told me so much about you. It’s delightful to have you flying with us today.” Mrs Thomas, who had no knowledge of her husband’s dual persuasions, liked Owen so much she ended up chatting to him in the cockpit and inviting him up to have dinner at their “beautiful “house at The Peak.

“Darling, I’ve been handcuffed to your bed, I know all about your beautiful house,” he muttered, silently, under his breath and that was the last he ever saw of Toby. Owen puts it down to a “gay initiation”.  “Up till then, I thought things like this were only urban myths”.

Currently, Beddall lives between Sydney and Grafton and is working with charity Beyondblue. He will appear on Living Black on June 30. Confessions of a Qantas Flight Attendant – True Tales and Gossip from the Galley,  is released by Random House. It will also be available as an ebook from July 1.

This article appeared in the Sydney Morning Herald, Age, and other papers on June 25. Read more here: